There are distinct regional differences in earnings and labor force participation by governorates (mouhafazat). 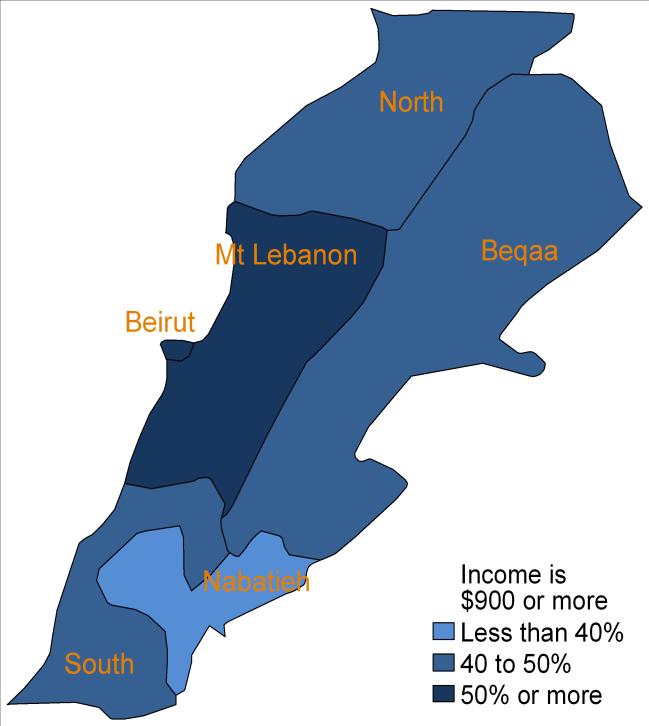 Even when comparing only full-time workers, there is a significant wage gap between male and female workers in Lebanon (Figure 9).

Not surprisingly, younger women are also more likely to earn lower wages than their older counterparts. As wages often increase with experience, those who have been in the labor force longer can typically expect to earn higher wages.